Planning for post-career life isn’t an exact science, but a recent Mercer survey yields some strong insights to help us get from theory to a realistic practice. 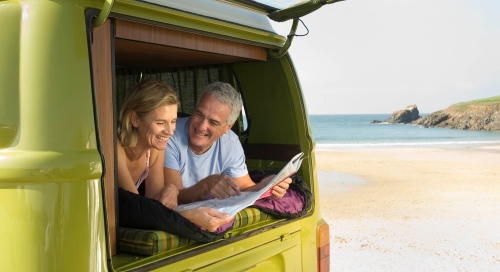 Australians enjoy some of the longest life expectancies in the world. A woman who is 65 today is likely to reach 87.3 years, while a man of the same age will probably see 84.7 years. While a longer lifespan is great news for everyone, it raises important questions about how people will fund lengthier retirements.

To gauge how pre-retirees expect to receive their income and how much they expect to spend, Mercer commissioned a two-part survey of more than 1000 people aged 55 and older.

Will Burkitt, Mercer’s post-retirement innovation leader, says the survey compares how the responses match current retiree experiences – shining a light on people’s spending needs and habits in retirement, and offering insights that will help guide the design of retirement solutions.

“The survey has validated some aspects of assumed knowledge, but other areas have been more surprising and identified some gaps, particularly in expectations versus reality, and also behavioural preferences,” Burkitt says.

“Basically, the difference between the actual life expectancy, and people’s own judgement of how long they’re going to live for differs, which is a problem for them because it means that they don’t necessarily plan and make the right decisions for their future.”

Expectations of how much money is needed in retirement varied between retirees and pre-retirees. However, the Mercer analysis concludes that people either do not have the savings they need and are forced to spend less in retirement; or they have the savings but are spending less because they fear running out of money.

Key findings from the Mercer survey include the need for better retirement solutions, which begin with education and tools to help people understand how long they might need to rely on their retirement savings.

The questions asked by many retirees are shifting from the old “when will my money run out?” approach, to instead ask “how can I ensure that I’m financially OK if I live an unexpectedly long time?”

Previously the answer to this question for many people was to simply rely on the Age Pension in their later years, however the difference between Age Pension payment rates and expected retirement incomes, is increasingly leaving this as an unacceptable solution.

The superannuation industry is responding to this shift, by developing a wider range of products, that suit a variety of spending needs and life expectations. Products like annuities guarantee a level of supplementary income, beyond when an ordinary account-based solution would expect to run out, can form an important part of a secure retirement.

Mercer financial advisers can help you build a solid retirement plan. Talk to your local advisor now. Mercer Financial Advice has seven offices across Australia – Melbourne, Glen Waverley, Sydney, Paramatta, Brisbane, Adelaide and Perth, so you can contact the Mercer office nearest to you.