Protect yourself against scammers

Scammers are using the spread of COVID-19 to go after your super and steal your personal details, Australia’s financial regulator has warned. 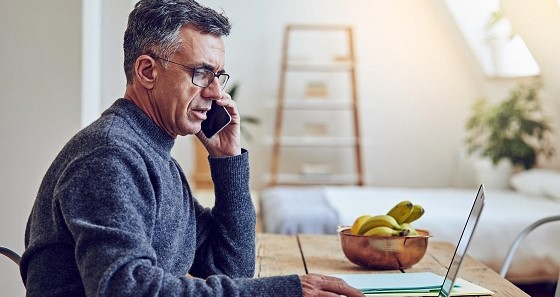 The ACCC’s Scamwatch program has reported a significant increase in activity since the beginning of the pandemic, with more than 3300 reports of dodgy operators using the coronavirus as a hook to steal personal information, online shopping and superannuation details.

“Scammers are cold-calling people claiming to be from organisations that can help you get early access to your super,” ACCC Deputy Chair Delia Rickard says. “We also have reports of scammers offering to check if a person’s super account is eligible for various benefits or claiming the new scheme will lock people out of their accounts.”

Australians lost over $634 million to scams in 2019, according to the ACCC’s latest figures, released on 22 June. Ms Rickard says the true losses were much higher as one third of victims don’t report scams.

If you’ve spotted a scam or fallen victim to one, report it to Scamwatch. Last year there were more than 353,000 combined reports to Scamwatch, other government agencies and the big four banks.

“Unfortunately it is another year with devastatingly high losses, and scammers are constantly finding new ways to defraud Australians,” Ms Rickard says. “Some of these scams can last for months, or even years, and can leave victims financially and emotionally devastated.”

Tips to protect you from scams: