The questionable wisdom of crowds

We put our trust in crowds. Most of the big, important decisions in our society are made by large groups of people; be they government departments, cabinets, commissions, boards or juries. Mostly it works out OK. 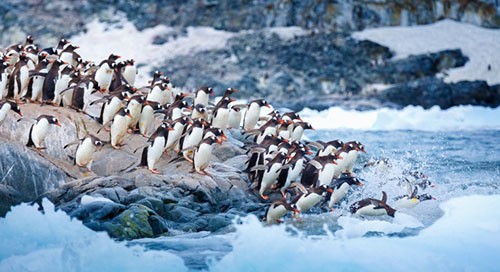 But large numbers of people can be wrong, particularly when the herd is swelled by followers who’ve come to a belief or decision just because others got there first. This crowd mentality can be particularly vexed when it comes to investment decisions.

History is riddled with boom and bust examples, driven by the questionable wisdom of crowds; the US subprime mortgage crisis in 2007-10 and the dotcom collapse in the late 1990s, right back to the 1636-7 Dutch phenomena known as Tulipmania.

These make powerful cautionary tales about the folly of so-called herd investing and the danger of flirting with grossly over-inflated assets – and in retrospect they seem like easily avoidable financial disasters. Who in their right mind would pay 10 times the average annual salary for a single tulip bulb, right?

It turns out “the crowd” would. Why? Because it’s hard to resist the draw of an asset – tulips, housing, Bitcoin – that is in such demand its skyrocketing value could make you rich.

Herding has its place

In his seminal 2004 book, The Wisdom of Crowds, author James Surowiecki argues that, collectively, groups of people with a range of views make better judgements than individuals, sometimes even outperforming the experts.

But there’s a caveat: good crowd judgement depends on individuals within the crowd making independent decisions, unswayed by their peers. That’s a tricky proposition in a world of 24-hour news and social media. Investors who make handsome returns on popular stocks get in early. Those that follow the herd are more likely to buy when markets are near their top and sell at the bottom.

Finance behaviour expert Simon Russell says if you’re looking at your personal insurances or considering diversifying your portfolio, it pays to consider what the crowd is doing and learn from their experience.

That view doesn’t extend to speculating on the latest investment fad.

“[Herding] is embedded in the way we think, in the way we learn, it is so deeply engrained in everything we do, and for good reason,” says Russell, the director of consulting group Behavioural Finance Australia, “It does work in many circumstances.

“If everybody else is buying Bitcoin it doesn’t mean it’s appropriate for me to buy Bitcoin. Other people are making that choice based on their own risk profile, their own goals and objectives.”

Michelle Baddeley, behavioural economist and Associate Professor of the University of South Australia’s Institute for Choice, says some evidence suggests amateur investors are more inclined to herd than professionals.

If they are consciously following the crowd as a deliberate strategy to leverage social learning it may work, Baddeley says, but “if an investor is following the crowd blindly and impulsively, led by his or her emotions, then it probably won’t work so well”.

Swimming against the tide

US financier and investment mogul Warren Buffett is a renowned contrarian who makes his money swimming against the tide: resisting market hype, investing in companies of real net value, and snapping up bargains after the bubble has burst.

“Most people get interested in stocks when everyone else is,” Buffet is famously quoted as saying.

“The time to get interested is when no one else is. You can't buy what is popular and do well.”

Buffett reportedly won’t touch cryptocurrencies like Bitcoin, which hit a dizzying record high in December of almost US$20,000, up 1824 per cent in 11 months and then plunging in January.

Former ASX CEO Elmer Funke Kupper, predicted in a recent opinion piece in the Australian Financial Review that Bitcoin will “become a case study for economics students, teaching them about irrational crowd behaviour”.

Long-term planning is the key to success

There is a famous ongoing study on investing done by the Dalbar Association in Boston. The study – “Quantitative Analysis of Investor Behavior” – has been evolving since 1994 and there has been a pretty consistent theme in its findings: investors are often their own worst enemy.

The 2016 report again found investment results depend more on investor behaviour than fund performance and that those who hold onto assets were more successful than those who tried to ride trends.

A Mercer financial adviser can help you map the road to financial freedom and stick to it through thick and thin. Make an appointment today; call 1800 682 525 or book online.