Time to fix the recycling crisis

Australia’s recycling industry is in crisis — how did we get there and what can we do about it? 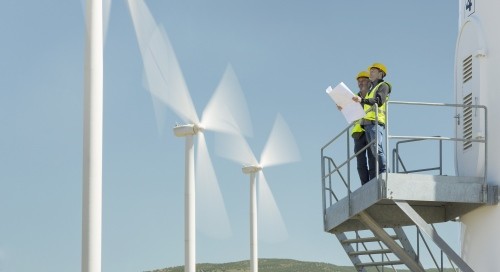 Kerbside collection of recyclable materials has faltered or stopped completely in some parts of Australia. In other areas, waste is being stockpiled. It’s an issue for all of us; from households to local councils, corporations and the Federal Government.

How did we get here?

Australia’s recycling industry was dealt a major blow in January 2018 when China stopped accepting most common types of recyclable goods for processing under its National Sword Policy.

Countries including the United States, the UK and Australia, which previously exported the bulk of their recyclables to China for reprocessing, have had to find alternative solutions, and prices have dropped worldwide for recyclable materials.

In Victoria, the bottoming out of the recyclables market contributed to the collapse of the state’s largest contractor, SKM Recycling.

Kerbside recycling has been sent straight to landfill in some areas, to the dismay of many local residents. In other places, recyclable waste is being stockpiled in warehouses. These waste warehouses are also a fire hazard – and they still require a waste buyer to show up.

Garth Lamb, national president of the Waste Management and Resource Recovery Association of Australia, says governments and industry need to change their mindset from cheap disposal to maximum value.

“For too long we’ve been trying to do recycling at the lowest cost possible rather than what’s the highest value possible for the community,” Lamb said, in a recent Sydney Morning Herald podcast. “Where we’re really falling down is in closing that loop and getting those materials back into production, so that we can create the local circular economy.”

Creating a stronger recycling industry within Australia would have several benefits: it would create local jobs; help households deal with their own waste more effectively; and contribute to a more circular economic and production cycle for many common products.

A strong recycling sector could also mean Australia becomes less reliant on virgin materials, reducing the burden on our increasingly fragile environment. A good example of this is using recycled glass for construction and road building.

“Recycling isn’t just putting something in the yellow bin – the whole idea is to capture these valuable materials and get them back into the economy, rather than digging up new resources,” Lamb says. “It’s absolutely ludicrous that we’ve got stockpiles of glass that we could convert to sand and use in civil works projects but we’re not doing it. We’re still buying the virgin stuff.”

“There are clever approaches to organic material like food waste to create compost at scale and processing facilities that can detect different plastic compounds with lasers to then sort into categories for processing,” Reid says.

“Sustainable solutions appear in many parts of the Mercer portfolio because as a responsible investor we understand there are investment return opportunities in the companies that can deliver solutions and a positive impact on our environment the communities where our members live.” Mercer invests in infrastructure like renewable energy and listed companies that are contributing to waste reduction and the circular economy.

Reid says it’s important to remember the connection between prosperity, people and planet as consumers and investors.

“A growing population coupled with a consumer culture of disposable convenience is a social driver behind our demands on the environment,” she says. “If we can consciously connect our prosperity to the planet in our decisions and the questions we ask of those with power and responsibilities, we’re all going to be a lot better off for a lot longer.”

To find out more about Mercer’s sustainable and responsible investment options, call Mercer Financial Advice on 1300 850 580.