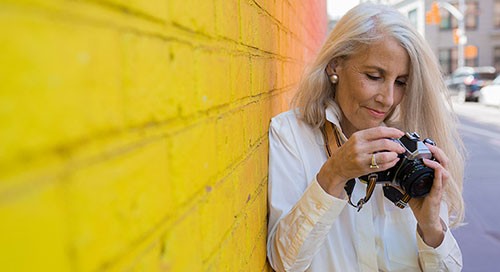 So what’s next? It’s hard to say with any certainty but here are another seven things likely heading for the scrap heap of history.

The clutch pedal is already gone from a lot of vehicles, with gears now being changed by a paddle or a computer, and within the next decade the clutch will probably only be sought by car enthusiasts.

Bananas probably won’t be completely extinct anytime soon, but it’s highly likely the Cavendish – the current supermarket variety – will eventually die out. It’s under threat around the world from tropical race 4, a new strain of Panama disease, which killed off the last popular variety, Gros Michel, in the 1950s.

Some even predict Cavendish bananas will be gone within just a few years. However, a senior research fellow at the Queensland Alliance for Agriculture and Food Innovation’s Centre for Plant Science, Andrew Geering, says there could be a slow decline over at least 50 years.

“The Cavendish banana is produced from clones so every member of a crop is almost genetically identical, which means a disease can progress through the population,” Geering says.

Many of us still like writing on notepads but software developer and regular technology commentator on ABC Radio National, Peter Marks, predicts electronic alternative will replace paper entirely in the future.

Paper factories are shutting up shop – globally, more than 60 mills closed and 33 idled production in 2013-2014 – as paper use declines and most documents and records are stored and transferred electronically. And as tablets become more affordable, paper is becoming increasingly obsolete.

As good an idea as it was, the incandescent light bulb has had its moment. Governments around the world committing to phasing them out, replacing them with more energy-efficient and longer-lasting alternatives, including compact fluorescent lamps (CFL) and light emitting diodes (LEDs) and, to a lesser extent, halogen lamps.

The ban on incandescent bulbs began in Brazil and Venezuela in 2005 and Australia jumped on board in 2009. Over the past decade, use of LED bulbs has risen from zero to 50 per cent of market share, and they’re expected to reach 70 per cent of global market share by 2020.

“LEDs are very good now; and while they’re more expensive to buy, they pay for themselves very quickly,” Marks says.

There’s been talk of a cashless society for years, but the transition is firmly underway. With the rise in electronic payments systems and cryptocurrencies such as Bitcoin, Ethereum and Ripple coming online, the days when cash was king might just be coming to an end.

According to the 2016 World Payments Report, global non-cash transaction volumes grew by 8.9 per cent during 2014, reaching 387.3 billion. Scandinavian countries in particular are keen to go cashless within the next few years, and some retailers have started accepting electronic payments only.

But the report also found cash is tenacious because it’s anonymous, it’s the cheapest form of payment and we’re psychologically attached to it.

Marks says cash is for crime, or at least for avoiding tax, and predicts governments will start winding down the maximum denominations, just as India’s Prime Minister, Narendra Modi, announced the withdrawal of the 500 rupee and 1000 rupee notes in late 2016.

Computers, TVs, tablets, phones – these days it seems we can’t get enough screen time, so it’s almost impossible to imagine a world without them. But there will come a time in the next two or three decades when the screens we know now will be done away with in favour of the virtual.

“As augmented reality displays shrink to the point that they are built in to normal looking glasses and even contact lenses, then there will be no need for physical screens,” Marks says. “Displays will appear to us as if floating over our table or on walls.”

“Broadcast radio and TV is incredibly wasteful of radio spectrum,” Marks says. Over time, he says, we’ll be “bathed” in wireless internet of different types with higher speeds and radios will be replaced with internet streaming devices.