Respecting and protecting our elders

Elderly people are among the most vulnerable in the community and sadly, they are all too often exploited and abused by those they trust most. 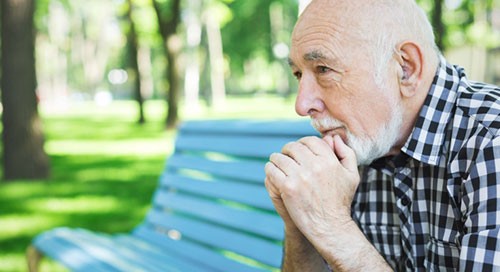 World Elder Abuse Awareness Day, on June 15, aims to shine a light on this sad issue. The United Nations introduced the day in 2011 to highlight what it says is a prevalent but underreported problem around the world.

Up to 10% of older Australians experience some form of abuse; physical, sexual, financial, psychological, social or negligence, every year. Research by the Australian Institute of Family Studies shows abusers are usually family members and, more often than not, sons abusing their mothers.

Financial and psychological abuses are the two most common forms of abuse.

Senior Rights Victoria manager Jenny Blakey says being abused by a loved one is a traumatic and often disempowering experience for many older people.

Blakey says the commonly held myth of victims is that they’re suffering diminished mental capacity, such as dementia. That is sometimes the case, but not always.

“It’s really an issue around power and control and it certainly can happen with people who have got capacity and are able to make decisions,” Blakey says. “They find that somebody else is starting to take over their lives or threaten them and cut them off from their control.

“It’s very distressing for the person to have a relationship with someone they thought they could trust – their family – only to find out that they can’t.”

Advocacy groups like Blakey’s have been gradually raising awareness for decades.

But as Australia readies itself for a rapidly ageing population – by 2050, more than 20% of the population will be over 65 – elder abuse has become an urgent focus for public policy.

“Older people are essential in the fabric of our society,” Blakey says. “It’s time for us to acknowledge their importance and recognise they are entitled to the respect of their communities and especially their families. There is no excuse for elder abuse.”

The Federal Government recently stepped up the fight, putting $22 million over five years toward programs designed to protect the rights of older Australians.

The funding will go towards an elder abuse knowledge hub, a national prevalence research scoping study and a national plan to address elder abuse. The development of the national elder abuse plan was a key recommendation of the June 2017 Australian Law Reform Commission report on elder abuse.

Under the Government’s plan, trial support systems, including specialist elder abuse units located in legal services, health-justice partnerships and family counselling in mediation services will be evaluated and expanded.

Blakey says the warning signs of elder abuse include an older person seeming fearful, anxious or isolated. There may be injuries, or an absence of personal care. Disappearance of possessions, unexplained financial transactions, and changes to a will, property title or other documents are also of concern, she says.

“Like other forms of family violence, most elder abuse occurs behind closed doors, so it is important for loved ones to watch out for signs, listen and offer help,” Blakey says. While the mistreatment of an older person may be carried out by one family member, it is often other family members who are best placed to support their parent or grandparent against the abuse.”

She says older people can reduce the risk of elder abuse by making sure their financial, medical, legal and other affairs are clearly stated and recorded. If they are not comfortable with an arrangement or suspect they are being abused, older people are encouraged to talk to someone for advice and support.

There are helplines and support services in every Australian state and territory.