The tree change is back

City dwellers weary of the rat race are once again turning their backs on the big smoke in favour of better quality of life in the bush or by the beach.

And this time the trend is being led by 40-somethings with kids, not retirees. 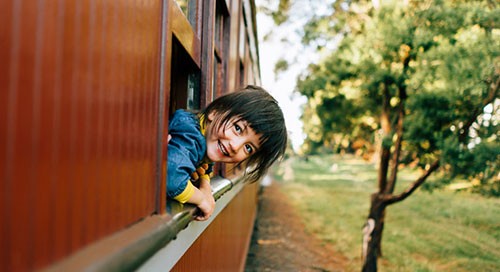 According to CoreLogic research analyst Cameron Kusher the sea and tree-change trend was extremely popular in the early 2000s, but the number of Australians relocating to coastal and rural towns fell dramatically in the years following the 2008 financial crisis.

“Migration is gathering pace in select regions of the country, a number of which are sea change / tree change areas,” Kusher says. “Coastal, regional areas of NSW and Vic appear to be benefactors as people leave the city for more affordable locations.”

Social demographer Mark McCrindle says today’s sea and tree changers are not the retirees who drove the earlier boom in small town populations; almost 80% are under the age of 50 with young families and most work full time.

“A tree change will not solve your problems it will bring a new set. But if you say to yourself, ‘I would prefer those challenges than my current ones,’ that
is OK.”
-Mark McCrindle

He says a holiday whim, brought on by ideal summer conditions and high emotions, is no way to judge the suitability of a new home town.

“People make a decision because they think it’s going to work for them financially or it’s going to be less pressure, less commute time and a nicer lifestyle,” McCrindle says. “But sometimes they find some of these regional areas are too small or too quiet.

"A tree change will not solve your problems it will bring a new set. But if you say to yourself, ‘I would prefer those challenges than my current ones,’ that is OK.”

But sometimes, it is

“Australians really do respond well to land, people want the space and a wind down from urban life,” he says. “That sort of land is not realistically possible to find in most capital cities.”