The value of trust

It’s the fabric holding families, neighbourhoods and workplaces together – and it benefits all of us. Here’s how social capital works and why you need to invest in it.

Two generations ago, our grandparents would have known everyone who lived in their street. They were on a first-name basis with the baker and the butcher, the staff at the post office. They went to church on Sundays, played tennis with friends and acquaintances, belonged to community groups. 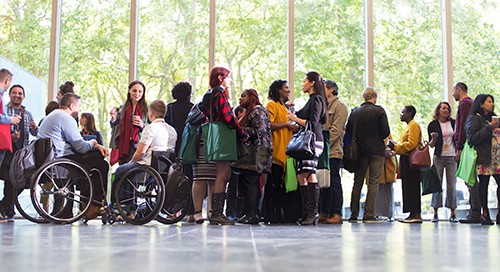 All those interactions share common factors such as co-operation, reciprocity and, most importantly, trust.

Their world was rich in “social capital”, what the OECD describes as the links and shared values that allow individuals and groups to trust each other and work together.

Australia continues to rank well on social capital ratings compared with other countries – the OECD Better Life index found that 95 per cent of people in Australia believe they know someone upon whom they could rely in a time of need, compared to the world average of 88 per cent.

But most researchers in the field agree that social capital has been in decline over the past 70 years or so.

The currency of trust

It’s also a strong predictor of many positive and negative social factors. Robert Putnam, author of the best-selling Bowling Alone: The Collapse and Revival of American Community, lists a few:

“School performance, public health, crime rates, clinical depression, tax compliance, philanthropy, race relations, community development, census returns, teen suicide, economic productivity, even simple human happiness – all are demonstrably affected by how (and whether) we connect with our family and friends and neighbours and co-workers,” he says.

Simply, the more connected we are, the happier we become, and the healthier our communities are. That’s why “growing” social capital is a priority in places like rural Australia, where isolated communities with low populations struggle with suicide and high rates of unemployment.

The World Bank was one of the first organisations to invest in understanding and measuring social capital: research by the bank’s Social Capital Initiative found it can alleviate poverty, transform agricultural development, influence the expansion of private enterprise, improve education and prevent conflict.

Researchers agree that social capital has been in decline since post-World War II. Shadow Assistant Treasurer Andrew Leigh outlines this in his 2010 book, Disconnected, which, like Bowling Alone, looks at how social capital has eroded in the past several decades.

“Organisational membership is down,” he writes. “We are less likely to attend church. Political parties and unions are bleeding members. Sporting participation and cultural attendance are down.

“Volunteering is most likely below its post-war peak, though it did record a rise in the late 1990s. We have fewer friends and are less connected with our neighbours than in the mid-1980s. Other measures have flat-lined, but few have risen.”

Sporting events are a tried and true way of bringing communities together, uniting them in a single focus.

In his study of South Australia’s Tour Down Under bike race, researcher Nigel Jamieson looked at how the event impacted seven struggling rural communities and their levels of social capital.

“Sport tourism events play an important role in creating social capital and helping communities develop trust, openness and respect for different individuals and groups,” he found. “These events may not be the panacea of all ills but they can possibly go a long way to alleviating some of the rural malaise and feelings of isolation [people] are feeling.”

Andrew Leigh has a few other suggestions to boost our level of engagement, stressing that “the task of repairing Australia’s social fabric cannot and should not fall entirely – or maybe even mostly – to governments”.

“In Disconnected, I suggest 10 ways citizens can build social capital in their own communities. These include holding a street party, using local stores, donating to charity, reviving dwindling organisations you are a member of, giving your time as a volunteer, sharing meals with others – whether they are family or colleagues – and trying a new activity: learn to swing dance, take up lawn bowls or join the State Emergency Service.”