Weakness in the Australian economy didn’t have a significant impact on the share market in October. 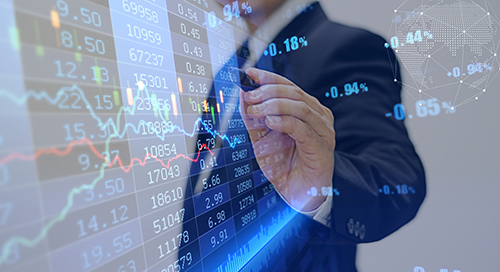 The Reserve Bank cut interest rates in September for the third time this year, setting another record low, but the move didn’t drive investors away from cash and into shares as it did after the previous cuts.

Mercer investments principal Simon Calder says there were signs that investors were taking advantage of the historically low rates – and an earlier relaxation in lending standards by the Australian Prudential Regulatory Authority (APRA) – to return to Australia’s struggling property market.

“The cuts seem to have been reasonably effective in putting a floor under property prices,” Calder says. “We’ve seen a nice bounce in auction clearance rates in both Sydney and Melbourne, although my understanding is that stock is still pretty tight, so it’ll be interesting to see how those clearance rates hold up as more stock comes through in the spring auction period.”

“We’ve now had three rate cuts, along with increases in the low and medium income tax offsets that became available on 1 July, but they really don’t seem to have done much to bolster consumer confidence,” says Calder. “If anything, consumer confidence has continued to ease.”

In fact, the Westpac-Melbourne Institute Consumer Sentiment Index fell more than 5% this month, bringing the total drop in consumer confidence to 8% since this year’s rate cuts began. Sentiment has not been this pessimistic since mid-2015.

“There seems to be this growing perception – fed by the media – that if the RBA is cutting rates fairly aggressively, the outlook can’t be all that healthy,” Calder explains. “So, to some extent those rate cuts have had a little bit of a perverse effect on consumer confidence.”

New figures from the Australian Bureau of Statistics showed Gross Domestic Product (GDP) grew just 0.5% in the June quarter, or 1.4% in the year to June. Now, commentators are wondering if growth will prove even more sluggish in the September quarter. (Those figures will be released in December.)

And while property prices might be stabilising, the earlier deep declines in dwelling-construction approvals suggests housing will also remain a big drag on GDP growth through much of 2020.

“The data still doesn’t really seem to be pointing conclusively to a bottom in this downturn in GDP growth,” says Calder. “The growth outlook is still looking somewhat uncertain.”

However, Calder says it now seems likely a recession can be avoided. “Although there are no conclusive signs that the slowdown has bottomed, it’s fair to say the consensus does expect growth to probably bottom at some point before the end of this year and moderately pick up over the course of 2020.”

Meanwhile, Calder says, economic conditions should support the ASX in the near future. The combination of low interest rates, low bond yields and a weakening Aussie dollar all make shares seem more attractive to investors seeking a return.

However, Calder says the market already seems to be discounting some sort of economic recovery next year, so the potential for strong gains appears limited. It also means the market could be vulnerable in the event the downturn continues to deepen, or if trade talks between the US and China break down again.

“The announcement that the US and China were resuming trade talks did improve risk appetite a little bit in early October, but that was counter-balanced by the elusive signs of an early upturn in growth,” says Calder.

Meanwhile, the European slowdown continued, particularly in Germany, which seemed likely to have entered recession as evidence grew that GDP contracted in the September quarter.

Calder says it’s unclear when the downturn, which continues to be fuelled by US-China trade tensions, will conclude.

“What we’re seeing now is this increasingly synchronised downturn in economies around the world and no clear signs that it’s approaching a bottom,” Calder says.

“The principle factor seems to be this uncertainty around trade – not just the US and China but also Europe and Brexit. And while the slump was largely confined to manufacturing earlier in the year, now there seems to be some risk that it could be spreading into services and consumer spending.”