No winners in an all-out trade war

An all-out trade war would be “unambiguously negative for global equity markets” and the World Bank has warned growing trade tensions risk plunging the world into another global financial crisis. 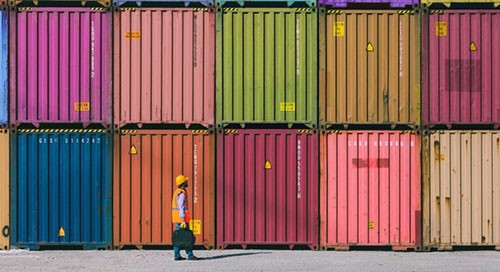 The Australian and global economies could be pushed into recession if current US-China trade dispute escalates into an all-out global trade war, new economic modelling by KPMG Australia has found.

The tit for tat dispute between the world’s two largest economies began in early 2018 with US tariffs on solar panels and washing machines and has now escalated to covering $250 billion of US imports from China. In response, China has imposed tariffs on most imports from the United States.

Under its worst-case scenario – where a substantial number of other countries introduce a 15% tariff on all imports – the KPMG modelling shows the world economy would shrink by more than 3%.

Even if the trade war spread no further than the US and China, and tariffs remain at current levels, it could take $36 billion from the Australian economy over five years, costing about 60,000 jobs and push wages down by $16 a week for the average Australian worker.

“It is in the best interests of other countries [including Australia] to stay out of it,” Rynne says.

In its June 2018 global economic prospects report, the World Bank predicts steady global growth of around 3.1% this year and next but warns “protectionist threats cast a dark cloud over future [economic] growth”.

International Monetary Fund (IMF) Managing Director Christine Lagarde says global growth is still at its highest level since 2011 and the proportion of the global population living in extreme poverty has dropped to a new record-low of less than 10%.

Lagarde says there is no sign of broader financial contagion so far, “but we also know that conditions can change rapidly”.

“Six months ago, I pointed to clouds of risk on the horizon. Today, some of those risks have begun to materialize,” Lagarde says. “A key issue is that rhetoric is morphing into a new reality of actual trade barriers. This is hurting not only trade itself, but also investment and manufacturing as uncertainty continues to rise.

“If the current trade disputes were to escalate further, they could deliver a shock to a broader range of emerging and developing economies.”

In July, the IMF projected 3.9% global growth for 2018 and 2019. The outlook has since become less bright, and the growth forecast has been downgraded to 3.7%.