Preparing for the 8000 days

Society needs to radically rethink how people spend their retirement years because in an affluent nation such as Australia people are living longer and spending more. 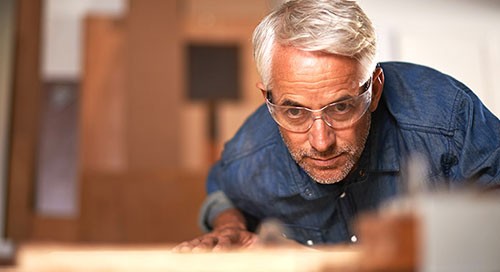 This content is produced by The Australian Financial Review in commercial partnership with Mercer.

Society needs to radically rethink how people spend their retirement years because in an affluent nation such as Australia people are living longer and spending more.

The classic perception of retirement where individuals spend their whole time enjoying recreational activities after 40 or 50 years of work has become redundant. Reason being is as we live longer, our retirement years have become more like our midsummer afternoon years rather than our twilight years. This is unsustainable; especially considering less than 50 per cent of the population is on track for a comfortable retirement according to Mercer's Retirement Readiness Index.

According to the CEO of the Association of Superannuation Funds of Australia (ASFA), Martin Fahy, we are in need of a "reformation around how we conceive retirement".

"What's more we're not sure what it all means yet. Will we be younger and healthier for longer or older and sicker for longer? There are some big challenges ahead."

Joseph Coughlin who is the director of MIT's AgeLab suggests "we will need older workers to do the work" and says there are many misperceptions around the idea of ageing that need to be turned on their head. Chief among these is the idea that old age is a health issue which needs to be over-insured and solved rather than a "life stage to be invented".

He also cautions against the idea that we can rely on technology to lead. What we fundamentally need is to "transform ageing from a problem to be solved into an opportunity to create new markets in today's longevity economy".

Unfortunately, ASFA's Fahy suggests this conversation is not really taking place just yet and we need to "unleash some innovation in the space."

Yet while innovation is needed the majority of Australia's superannuation funds have no clear strategy as to how they plan to service their retiring membership base. In Mercer's recently released 2020 Super Fund Executive Report Change or Be Changed, 55 per cent of surveyed funds reported they had no clear strategy for managing post-retirement members.

Mercer Australia's Client Growth Leader (Pacific), Mette Schepers, says the real problem is the narrative around retirement is "all about saving for retirement day."

"We forget there are [on average] around 8000 days of retirement unaccounted for combining a period of healthy living followed by a time when you're less active and finally a time when you might require high aged-care needs.

"The role of super funds is to develop a suite of post-retirement products that will allow people to navigate the complex retirement world. Super has an important role to play because it's part of the post-retirement narrative involving insurance, aged care and financial planning," Schepers says.

"The whole ageing industry needs to work together to build innovative products and solutions for post-retirees and super has an influential role to play."

Fahy agrees and says we need to be unafraid of hard thinking. On the income front, this probably means bringing the family home into the equation and having that release of capital not get caught in the aged care pension assets test.

"If we want to address the challenge front-on we need to understand there is interplay between superannuation, the aged pension and the family home,” Fahy says. “Furthermore, we should also consider income as part of a broader suite of services needed.”

Part of Fahy's concept of a reformation is about understanding retirement has a higher purpose than just leisure time.

"The gig economy is good for retirees. They can augment their incomes with Uber driving or picking up work on Airtasker or Freelancer.com. And super should be more about income and less lump sum," Fahy concludes.