Tidying up your super, KonMari style

Find yourself with superannuation accounts here, there and everywhere? You may stand to gain much more than serenity by consolidating them. 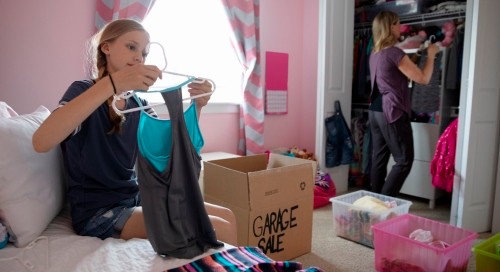 In a world driven by the endless acquisition of stuff, Marie Kondo – star of the Netflix mega-smash Tidying up – has made a virtue of sparseness and simplicity. Her KonMari technique asks people to look at the things they own and ask one question: Does it spark joy? If the answer is no, then you thank the object for its service and politely recycle, rehome or throw it in the bin.

Of course, Kondo is talking about exhuming all those old knick-knacks and forgotten gifts, as well as the horrors hiding in the hidden reaches of your underwear drawer. But there’s something to be said for applying the KonMari method to the all-too-often tangled mess of your superannuation.

According to Kondo, if an item of clothing is good enough to keep, it’s good enough to be folded in a pristine and pleasingly visible way. Given that more than one-third of Australian adults hold two or more super accounts, totalling a gob-smacking $17.5 billion in lost or unacknowledged funds, it’s fair to say that as a nation, we could stand to devote the same level of attention to our super.

Fortunately, chasing lost super involves just a few clicks these days. All you need to do is go to the myGov website and open your Australian Taxation Office profile. There you’ll not only be able to see all your super account balances, you’ll also be able to press a button to turn the two (or three or four) accounts into one. Now, doesn’t that feel better?

A cluttered life is a costly one, at least as far as the KonMari method is concerned, and the same is true of undisciplined super. Extra funds mean extra fees, eating away at your retirement savings – over the course of your working life it can mean tens of thousands of dollars.

So, take the time to look at the super fund you’re with, use MoneySmart's superannuation calculator to find out how much it might be costing you, then ask yourself: Does this still spark joy?

At the end of the day, the KonMari method is about finding clarity and purpose by eliminating aspects of your life that overwhelm you. Wouldn’t it be great to say goodbye to all those unnecessary super statements, follow-up emails and tax reports? Not to mention the sense of guilt you feel every time you read an article like this.

It’s time to take a fresh look at your super, thank those unwanted accounts for their service and put them in the bin. It will make you happier, calmer and, quite possibly, a whole lot richer.