Cutting carbon emissions for next to nothing

Australia can meet its 2030 greenhouse emissions target at zero net cost, according to new research by the Australian National University. 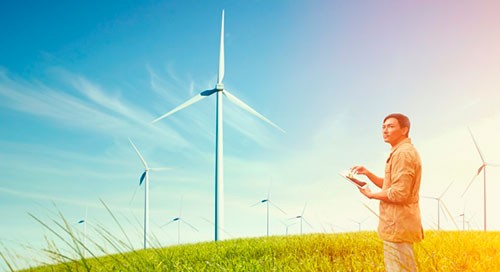 This is because the cost of electricity from new-build wind and solar will be cheaper than replacing old fossil fuel generators with new ones.

“Encouragingly, the rapidly declining cost of wind and solar electricity means the net cost of meeting the Paris target is roughly zero.”

According to the researchers Australia is currently installing about three gigawatts per year of wind and solar energy; fast enough to exceed 50 percent renewables in the electricity grid by 2030. It’s also fast enough to meet Australia’s entire carbon reduction target, as agreed at the 2015 Paris climate summit.

The research modelled the total cost of electricity under three different scenarios:

-Gas: premature retirement of most existing coal plants and replacement by new gas generators to meet the Paris target.

Researchers found electricity would cost roughly the same under the renewables scenario as it would under the status quo, regardless of what happens to gas prices.

Strengthened interstate interconnections, part of the cost of balancing a renewable energy grid, reduce the impact of transmission failure, which was the prime cause of the 2016 South Australian blackout.

Since 2015, Australia has tripled the annual deployment rate of new wind and solar generation capacity.

“Continuing at this rate until 2030 will let Australia meet the entire Paris carbon target in the electricity sector, all while replacing retiring coal generators, maintaining high grid stability, and stabilizing electricity prices.”

The original article first appeared on The Conversation.