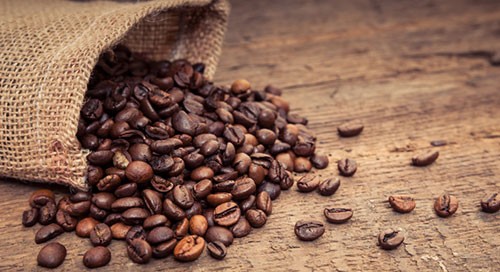 Your morning caffeine fix is literally a drop in the ocean of a thriving global coffee industry.

Nearly 3 billion cups of coffee are consumed each day and more than 9.4 billion kilograms of the stuff was produced in 2016-17 alone.

The coffee industry is estimated to be worth up to $US200 billion a year to the global economy – most of which goes to brands, retailers, and supply chain operators in developed nations.

In Australia alone, 14,000-plus cafes and coffee shops – employing more than 73,000 people – have reached $8.3 billion in revenue over the past five years.

Meanwhile, more than 120 million people – mostly in developing countries – make their living from cultivating and harvesting the beans.

But, according to a 2016 report by Australia’s Climate Institute, the industry faces a brewing storm and market growth could go into reverse due to a rapidly warming world.

Coffee is a fussy crop – it requires specific temperatures to flourish and is highly sensitive to some pests – making it particularly susceptible to climate change.

Most of the world's crop is cultivated around the equator, in the so-called “bean belt” with the bulk of production coming from Brazil, Vietnam, Colombia, Indonesia and Ethiopia.

According to the Climate Institute, the yield and flavour of coffee, as well as pest and disease activity, are tightly linked to climate and weather – even half a degree at the wrong time can make a big difference.

“Around the Bean Belt, rising minimum growing temperatures, changes in rainfall patterns, and rising pest and disease incidence, are already making life harder for coffee farmers,” the report states. “In just a few decades, climate change could halve the area suitable for growing coffee and push production away from the equator, with far-reaching consequences.”

One recent study found that 40% - 60% of existing coffee-growing areas in Ethiopia would be unsuitable for the crop by the end of this century. That’s bad news for the 25 million Ethiopians who earn some or all of their income from coffee.

Dr Aaron Davis, senior research leader of plant resources at the Royal Botanic Gardens in the UK says it would also be bad news for coffee connoisseurs and consumers.

“Ethiopian coffee has a vast array of unique and interesting flavour profiles,” Davis says. “If we were to stop sourcing coffee from Ethiopia we would lose a significant part of coffee’s overall flavour diversity. It would be like losing a major wine-growing region.

“The unique and celebrated coffees of the Harar region are already very difficult to purchase due to the decline of local coffee farming.”

Another major concern is “coffee rust”, a disease that decolours a coffee bush’s leaves and eventually prevents it from producing beans. Coffee rust is nothing new – it single-handedly wiped out the South-East Asian coffee industry in the late 19th century – but scientists believe that rising temperatures in the coldest part of the year are worsening its impact.

In March this year, the Costa Rica Coffee Institute and the nation’s Ministry of Agriculture confirmed a new outbreak of the disease, threatening production in three regions that account for 28% of Costa Rica's coffee crop.

The United Nations Development Program says rust has been around for decades, but it's only been in the last couple of years that it has become a serious threat, due to climate change.

In recent years, an epidemic of coffee leaf rust has caused big economic losses in Guatemala, forcing small farmers to look for productive alternatives to stabilize their income.

The world’s largest coffee-growing regions are starting to feel the impact of these twin threats. There are no quick fixes.

“[But] from the middle of the century onwards we project a gradual decline in available climatic space in which to grow coffee,” he says. “If we do not address the root causes of climate change, then eventually coffee production in Ethiopia will come to an end.

“Obviously, genetic engineering has played a significant role in pest and disease control for many crops,” Charlebois says. “We could see more research in this area in years to come, but farm-gate prices for coffee are still relatively low so the business case for the biotech industry is weak, plant science in coffee is underdeveloped.

“Most coffee crops are grown in developing economies where research is not a priority.”